Living and working in close quarters with a small group of people, it’s natural that friendships, and some good-natured ribbing, will result.  This April Fool’s Day, we recall with a smile some of the best pranks pulled at Baldpate. 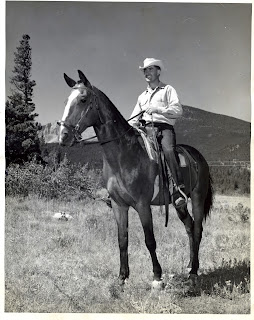 In the days of the Baldpate Livery, wrangler Chuck Malone rode his horse through the Baldpate Dining room, astounding all present. Legends also credit him with filling the storage tanks with whiskey!

In more modern times, Innkeeper Lois was the victim of a prank when her grandson, Mason, had the sneaky idea of waking her up early one mischievous morning, with the urgent message that she had overslept. He assures me that he has learned his lesson. I’ll just remind him that revenge is sweet, and not fattening. 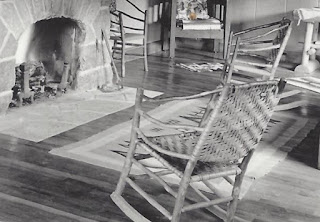 Perhaps Mason learned from the best (AKA his dad)? MacKenzie recalls startling guests with a ghostly rocking chair that seemed to rock all on its own. Only a closer inspection would reveal tied-on dental floss and a giggling MacKenzie.

When least expected, the "secret" trap doors in the Baldpate kitchen storeroom and Key Room have also brought some unexpected entrances for surprised staff.  Or there is the vague memory of a watermelon somehow propped on the girls bunkhouse door?

What pranks at The Baldpate Inn do you recall?