One of the many traditions that the guests and staff of The Baldpate Inn enjoy each year is attending Estes Park's Rooftop Rodeo. The rodeo may be small, but it packs a punch and has won several PRCA awards for being the best rodeo in the nation. 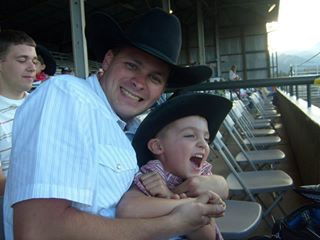 The much-loved rodeo parade winds through town, filling the streets with horses. Children compete in Mutton Bustin’, much to the delight of all. (Unfamiliar with Mutton Bustin'? Imagine small children hanging onto bouncing sheep, attempting to stay onboard for six seconds!)  The evenings are capped off with a professional rodeo. 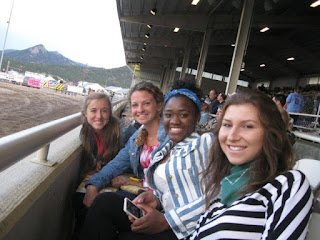 Rodeo events in Estes Park have been around at least as early as 1908, so we are certain that many guests and staff throughout the years have enjoyed this event. Undoubtedly, bravado horseman Chuck Malone, who operated the Baldpate Stables would have put his rodeo skills to the test.

As you may recall from our Celebrities post, famed Hollywood actress Lana Turner visited The Baldpate Inn in 1941 to commemorate the opening of the Rocky Mountain National Park for the summer season, with a key that was donated to The Baldpate Inn. During that visit, she was named Honorary Rodeo Queen 1941.

Lana Turner, Hollywood movie star with MGM, was to be the honorary queen of that 1941 Rooftop Roundup. She was named by local cowboys in May when she visited the area for a LOOK magazine travel feature. Humphrey Bogart of Warner Brothers was named honorary parade marshal.
-         Source: Rooftop Rodeo History 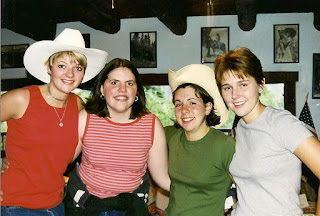 Dust off your boots and join us at the rodeo for an impressive display of agility and skill. The 2017 Rooftop Rodeo runs July 5-10. Make your B&B lodging reservations at The Baldpate Inn now and plan to be in Estes Park for this special adventure!