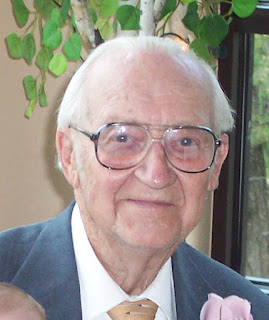 Baldpate would definitely not be what it is today without my dad, Sam Hoke. As mentioned before, from the beginning of our tenure here, my dad was not only a financial backer, idea man, but also creative engineer and super handyman when things just did not fit!


Looking even further back in time, William Mace, father of the Mace brothers who founded Baldpate, was known for his contributions even as early as 1922.  Folklore says each time he trekked in the forest, he would pick up unusual pieces of wood to be later transformed into a door handle or stair railing. He is also given credit for promoting the growth of the aspen trees along our driveway, saying he wouldn’t be content until the entire side of the mountains was covered in aspens.

So with such a heritage of helpful fathers, our Baldpate Days with Dad salute is clearly demanded. In honor of my father, we had always given free ice cream à la mode on Father’s Day, but wanted to do more.

To promote spending time with your dad (probably what he wants most) we decided on the idea of you bringing him to lunch on Father’s Day AND then back once again to enjoy our Key-thedral Theater plays.

Start planning now, get your reservation for Father's Day, Sunday June 18th, bring your Dad to lunch, get him free à la mode on his pie, and a free ticket to our Seven Keys to Baldpate play.