The Baldpate PhotoCollection is one of those things about Baldpate that fascinate some guests while others don’t even notice it. Thankfully our friends at American History Savers took note and were instrumental in preserving and documenting our collection. 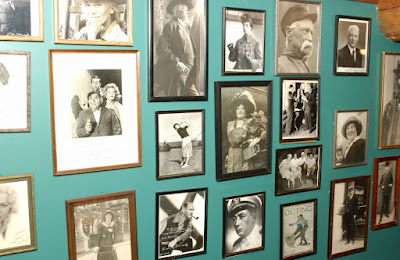 Their work over the years to painstakingly repair frames and research short bios for each photo (yes, all except the chimpanzee are identified) have greatly added to the interest in our collection.


In the dining room, many guests recognize the faces of Presidents and the most famous of persons, Henry Ford, Thomas Edison and perhaps Jack London. Others, once we know the name, we can tag, like Roy Rogers and Emilia Earhart.   Then it gets a little more difficult, how about Tetrazzini (the opera singer whose love for food lent its name), or Billy Sunday (baseball star and later evangelist), or Marlowe & Southern (Shakespearean actors), or Barney Oldfield (race car driver).

Most of these photos are the artistic talent of Charles Mace, one of Baldpate’s founders, and his brother Stuart during their time as a photojournalists for Denver newspapers. Charles was also General Pershing’s personal photographer during World War I.

Guests often inquire if all these people have actually visited our Inn. At this point we cannot document that they all have. Although some have inscriptions or guest register notes, like this one from Johnny Morris of Philip Morris, that do let us know they were here, most are a mystery with clues and answers likely still hiding in our guest registers. 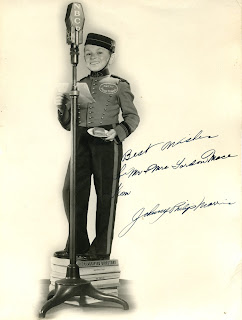 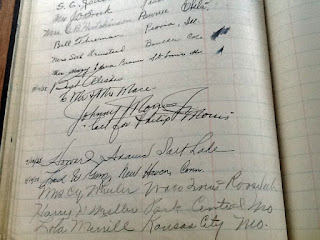 Another other interesting feature of our photo collection are the early advertising photos for Kodak, Palmolive Soaps, and Colgate that are hanging in our lobby. Charles Mace won a Kodak national contest in 1911, and during the 1920s, he sold many photos featuring his wife, Gloria, daughter, Jeanie, and other family members. 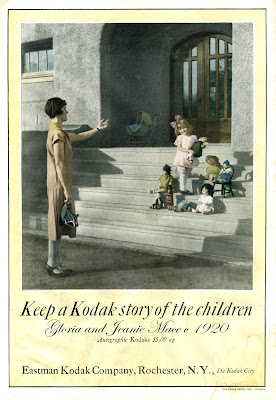 Come see these snapshots of history, and don’t forget to “Bring up the Kodak!”