The Baldpate Inn has prompted poetry from our guests for years! Here are some of our favorite witty and wonderful poems.

Many of the poems received have been (literally!) tied to keys that have been donated to Baldpate’s famous key collection.

A famous key to Mozart’s wine cellar was accompanied by the following verses. After being shown this key, one guest excitedly asked, “Oh, was Mozart here?” 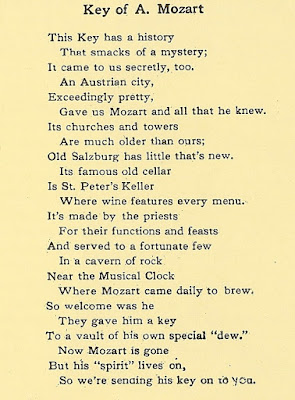 Music seems to be a theme for many of the poems we have received.
A key from a Steinway grand piano was sent by a former member of the orchestra and his bride, after a honeymoon spent at Baldpate. Their card bears a musical recipe reading:
Key to Happiness –
First, Never B Flat.
Second, Sometimes B Sharp.
Third, Always B Natural.

These musical rhymes accompanied donated keys to a violin, by Dave Mummert of Blair, Nebraska:

While at a loss for what the key unlocked, this clever guest, G. E. Michael of Chicago, was not at a loss of words to express his bewilderment:

Hospitality has been a key ingredient at The Baldpate Inn since the very beginning, and it continues today. Expressed quite creatively, Elmer Hoglan Houck of Dayton Ohio, sent a safe combination with the following expression of appreciation. 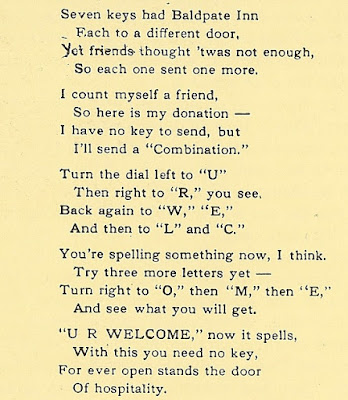 While in Paris, Miss Agnes Davis found herself dreaming of The Baldpate Inn, and sent the following with her key:

During the Great Depression, Mr. Mercer Alexander of Chicago did not let the fact that he did not have a key to send stop him from participating in the famous collection.

In keeping with the creative “keys” that we have received over the years, Dr. Chas. C. Urie of Greeley, Colorado donated a “Turnkey” used by dentists and doctors in pulling teeth long ago, along with these verses: 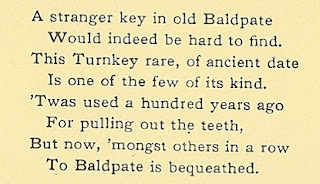 Of course, keys and the scenery are not the only things that inspired poetry. Here is a poem dedicated to the hard working Mr. Gordon Mace, on the occasion of his birthday. 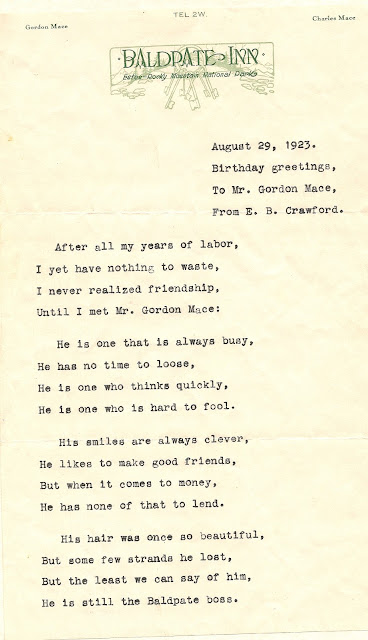 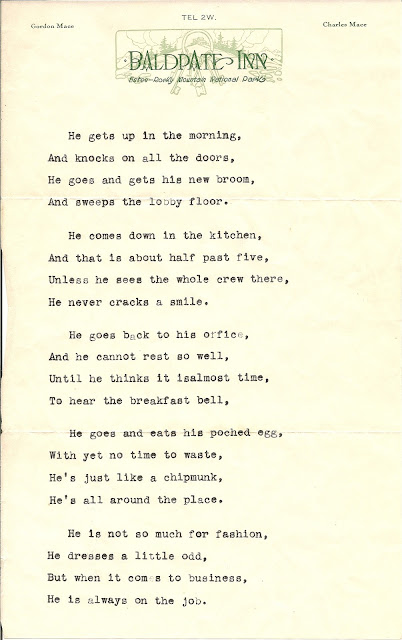 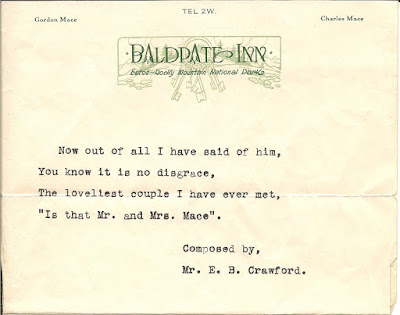 Feeling inspired? Share a rhyming verse in the comments below!