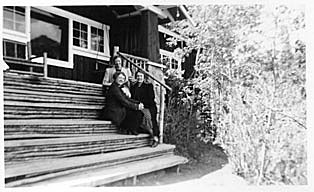 As previously mentioned, Gordon and Ethel Mace fell in love with the Estes area on their honeymoon, and they, along with Gordon’s brother, Charles, began a homestead shortly after.  Their homestead Certificate of the Register of Land Office was completed in 1917.

The Mace homestead was constructed beautifully, with very modern feeling high ceilings and open spaces. There is a definite mountain-cozy feel about it, which thrives through this day. 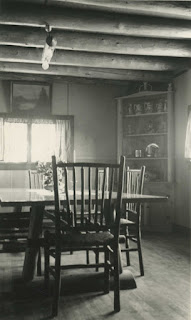 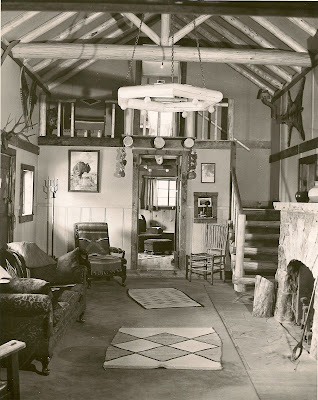 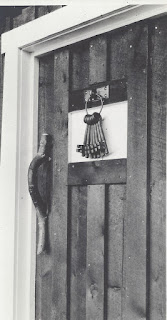 A quote from The Kansas City Star in 1917 describes “a little bungalow on the mountain road from the village to Long’s Peak Inn…the sign that hangs out over the road “Seven Keys to Baldpate” …and seven keys hang on the front door for a knocker. Many famous persons find their way to this charming home and their names are left in the hostess’s registration book.”

When the Smiths purchased The Baldpate Inn in 1986, this Homestead was not part of the deal. Instead it was owned by others for use as a private home until it was purchased in 2001 to once again be part of The Baldpate Inn.   After several years of dreaming, saving, and planning its best use, repairs began in 2012. These plans were delayed by the devastating flood in the fall of 2013 – stay tuned this week to learn more! But the buildings stood the test of time and the dream did not die. 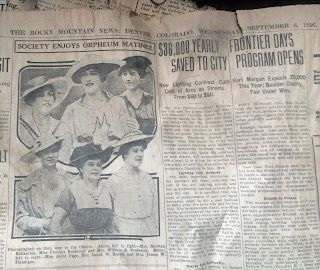 It was interesting during the restoration to see some of the building’s “bones” and add-ons.  When repairing the kitchen floor, we found old newspapers from 1915 & 1916 that evidently were used as insulation between layers of the flooring. In some spots, instead of the old 2x4 hand-cut pine lumber, there were tree branches used as auxiliary support structures.

Our Homestead has been restored to include modern conveniences, while still maintaining its original charm.  It re-opened in 2015, and is currently a favorite place for very apparent reasons! Learn more about the Homestead accommodations of this special place, including the spacious great room with a fireplace, library, solarium, porch, full kitchen, dining room and three bedrooms. 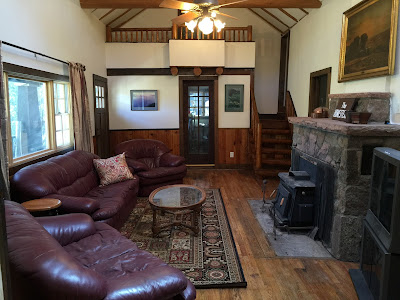 Come imagine life in our original “bungalow” and experience our mountain retreat in historic comfort!