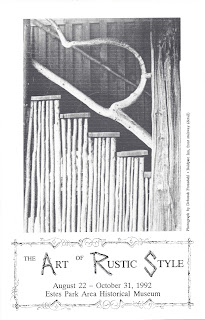 Alright, architecture buffs and scholars! Ready to match your knowledge to the architectural styles of The Baldpate Inn?


Which styles of architecture are present in the lodging of The Baldpate Inn?

If you selected "All of the above," you are correct!

Studying our unique Architectural significance, Baldpate’s Main Lodge is really a poster child for Western Stick Rustic style. Our Main Lodge building is unique as one of the few remaining structures in the area still being used for its original intent.

Western Stick Rustic architecture is really sort of a combination of the early Shingle, Stick and Rustic categories.

Stick houses in the east had generally plain and straightforward forms but were marked by vertical, horizontal and diagonal boards to create patterns on the façade. These boards are called “stickwork” and when they still contain bark on one side, they were known as “half-timber.”

Prevalent elements of Shingle style are the simple, and informal feel of the building and the tall rigid lines.

Rustic characteristics are similar to stick architecture in that there is prominent, vertical board and batten siding and the use of half-timbering. The Rustic category also makes use of unique materials taken from the surrounding landscape in order to remain consistent and unobtrusive to the natural surroundings. 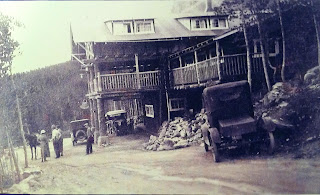 So when you check out our features we are a match!  The board and batten construction, the big overhanging eves, and don’t those big front upright pillars look just like the neighboring trees!!


Trying to piece together the true timeline and buildings history of The Baldpate Inn has really been a jigsaw puzzle.   MacKenzie did the lion's share of work to figure out the actual various construction phases of our Main Lodge based a combination of old photos, room numbers listed in a guest registers, newspaper stories, and looking at such clues as where did the log beams end, along with a generous amount of guesswork.  We put this all together in a Summer Enchanted Evenings presentation of the 7 Keys Armchair Tour.

With all that research & guessing, we came up with several major Baldpate building phases. 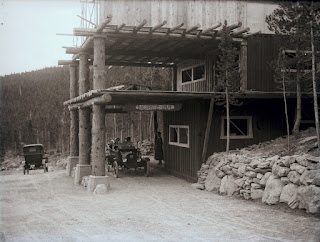 1918-1920:
Initial construction of the main lodge. Guest registers and folklore say we opened with seven guest rooms along with our dining room, lobby and a kitchen. 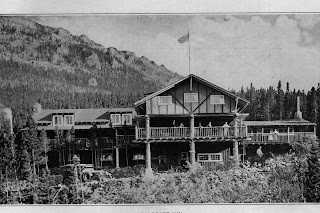 1921-1934:
Expansion during this time included eight more guest rooms on the East Wing over the Dining Room,  the small lounge on the West end of the main lodge, our big new Dance Hall building and our icehouse. 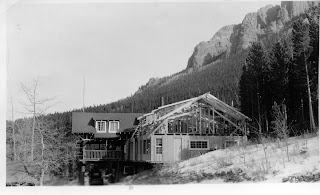 The final big expansion came with the addition of the West Wing, that included rooms upstairs, and downstairs, a Library and the now-famous Key Room dedicated to our ever growing Key Collection.

Of course with a puzzle this old, there are always missing pieces, when was the barn built?  Which cabins were first?  Did our Baldpate road sign exist before 1935 since before that our current drive was the main Estes Park Allenspark road?  Anyone know any answers?