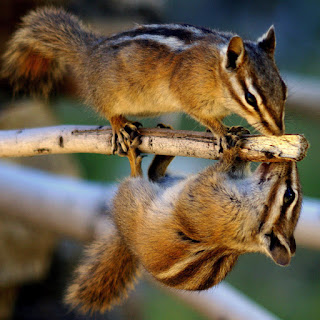 Chipmunks occasionally make the list of most surprising encounters at The Baldpate Inn. Although not invited or encouraged, these little party-crashers tend to steal the hearts of all they meet, with their insatiable curiosity and charming antics. Cheeks stuffed full of food-for-later, they scamper with tails flying across the grounds of The Baldpate Inn.  With extreme dexterity and agility, gravity does not seem to apply to them as they scurry down trails and up trees. Their excitable chatter can be heard as they enjoy pine seeds from a pine cone or other treat. 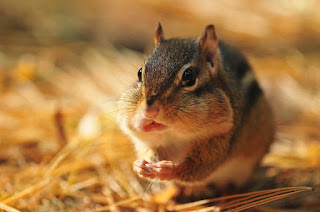 A few brave souls have attempted to gain entry to the Inn, undoubtedly hoping for a morsel of the delicious fare, or possibly to investigate a key or borrow a library book? But none have been granted permission to stay.

As you may be aware, it’s unwise to feed wildlife, as it is unhealthy for the animals.  However, there’s certainly no rule against watching these endearing animals busy at work and play, and there are plenty of opportunities to do so while sipping some tea on the porch or enjoying some sun on the sun deck.

Here are a few tips for observing and photographing chipmunks in the wild. 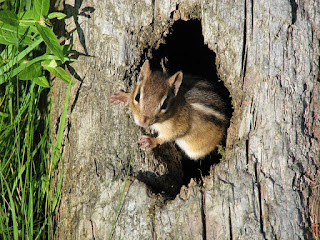 Want to know the difference between a chipmunk and a ground squirrel anyway? 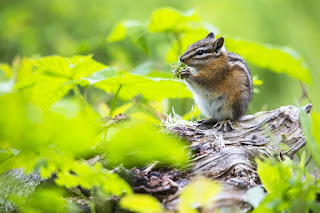