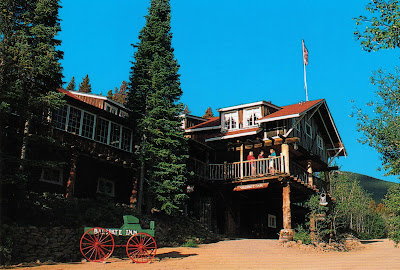 As mentioned before, our first couple of years, our Baldpate staff was mainly family, but soon business grew so quickly we realized we really needed additional help.


One of our earliest early helpers, Harold, had been a long time family acquaintance from our times before Baldpate when, like so many others, we visited Estes Park and Pine Haven where he worked before retiring. Just after our first year he wrote on his Christmas card to ask if we would be interested in having any help, that he sort of missed the work. What an answered prayer!! Harold’s years with us were legendary not just for guests but staff as well.

Another treasure was found when Grandma Dot met a delightful local lady, Pat, who seemed especially enthralled with the Inn and somehow Dot convinced her to first volunteer then finally be paid to help.  We even managed to talk Pat’s husband, Ralph, to join in when we were overwhelmed. Pat was our housekeeping star for years! She and MacKenzie shared a special bond, something to do with a plastic snake that seem to show up in the strangest places.

A second Estes Park family noted our struggle and offered to help, so we first hired their kids, Eric & Reid (and eventually Carolynne).  The next to join our team were college students most often suggested via our family and military friends. So in 1988, we hired non-family students, Shelly, Tim & Greg from Oklahoma, and Steve from Texas along with our returning local kids. 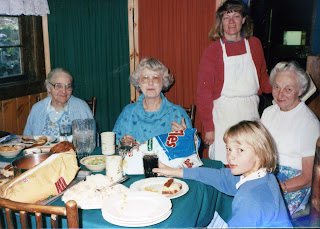 Family still supported us in every possible way.  My two Aunts, Mary & Naomi, would visit from Ohio each summer for at least a week to help.  Aunt Mary shared her listening ear and then her Christian faith with many a guest. More behind the scenes, Aunt Naomi was always looking for a broom or way to help clean and set the dining room.  And as noted, Liz was peeling hard boiled eggs when not getting into mischief. My Dad Sam could always be found tinkering around the property or taking a nap in front of the dining room fireplace after lunch.

When we actually moved permanently to Estes Park in the spring of 1989, we began to recruit lots of Estes Park High School friends of our own kids and were honored by their loyalty and pride as the years passed. Those families to this day, remain a cherished part of this Baldpate family business.

1989 and 1990 proved to be big turning points, since along with our kids new Estes Park friends, Brad arrived from Iowa along with several more students of our military friends, to set the stage for our ever-growing staff.

I would have to admit to one of my most embarrassing moments ever was when I forgot to pick up one of these gals when she arrived from out of state, hopefully Taryn and her mom have since forgiven me!

We even went big time in merchandizing, had our own postcards created by local photojournalist, James Frank, using staff (Jen, Brad & Taryn) as models on the porch.

And speaking of photos, enjoy our Centennial Staff albums from over the years.