Next time you are complaining about shoveling snow, recall this fun Estes Park Trail story from the big snow in 1933 shoveling snow on the Dance Hall roof!

Our “big” snow was in March 2003, when I would estimate another 8 feet or so, and pretty much closed everything down. It was days before Highway 7 was even a narrow one lane path up to Baldpate’s entrance. 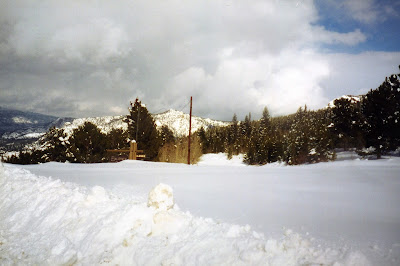 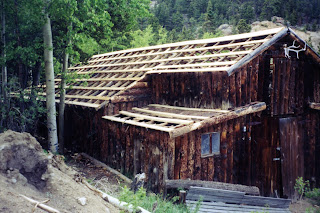 I snowshoed in just to see what was still standing, and was amazed to see all was well - even as the snow on the roof of the main lodge was covering the tall second story windows!

The only thing that needed repair was the roof that had collapsed on our old barn.
Thankfully our insurance company helped with the cost and we were blessed to find a preservation-minded contractor, Smith Construction of Loveland, who was willing to do the extra work to rebuild the rafters with native log timbers and replace the red tin roof.